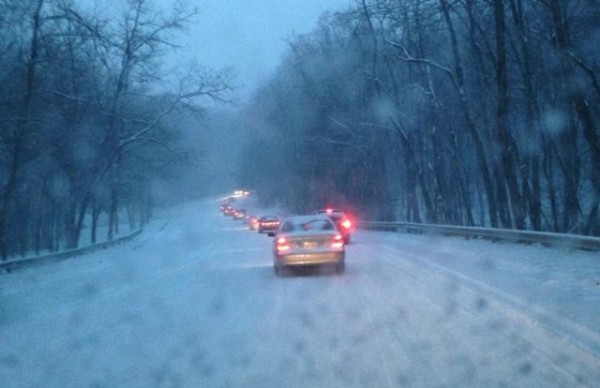 Restonians woke up to about an inch of snow, as predicted, on Tuesday morning. The snow continued to fall through rush hour.

Early commuters were greeted with many untreated roads and hazardous driving conditions.

Fairfax County Schools opened on time, which led to criticism on social media from some parents. Nearby, school systems in Montgomery County, Md., and Alexandria both had two-hour delays.

Assistant Superintendent of Fairfax County Public Schools Jeffrey Platenberg told WTOP that the school system was surprised by the amount of snow that fell Tuesday morning.

Administrators were expecting a dusting, but were surprised when the snow came down heavy and traffic became a major issue, Platenberg said.

He says things were already in motion and changing the plan late in the game would have been a bigger inconvenience for parents who had already left the house.

“We apologize for any inconvenience, but the timing of this was the worst possible situation we could have imagined,” Platenberg said.

The school district sent out an alert that some buses may be delayed. The county also sent an alert warning of multiple accidents, significant delays and advising “please use extreme caution while driving and expect a lengthy delay in your commute.”

Do you think there should have been a delay for FCPS? Tell us in the comments.