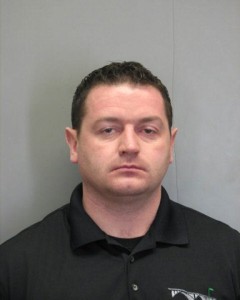 Fairfax County Police have arrested a Herndon man in relation to a hit-and-run that occurred on Reston Parkway in November.

The accident occurred about 6:30 p.m. on Nov. 16. Police responded to a call for a pedestrian who was injured while crossing Reston Parkway from east to west near Harris Teeter.

The 37-year-old woman, who has not been identified, was struck by a vehicle, thrown around 80 feet and landed on the side of the road, Caldwell said. Her teenage daughter was walking with her but was not injured.

The victim was transported to Reston Hospital, where family members said she underwent several surgeries and was in critical condition.

Officers tracked Browne to his place of employment — he is the bar manager at O’Sullivan’s Irish Pub in Herndon, according to his LinkedIn profile — and seized his car as evidence.

After a series of interviews and tracking down leads over months, the detective obtained an arrest warrant for Browne’s arrest. He also was charged by Herndon Police with driving under the influence on Oct. 12, 2014.