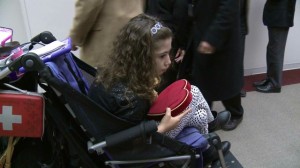 Del. Ken Plum (D-Reston) wants Virginians who are suffering from debilitating medical conditions to be able to use marijuana to seek relief.

Currently, the commonwealth allows cannabis for treatment of cancer and glaucoma, but not other medical conditions.

Plum introduced a bill (HB 1605) earlier in the 2015 Virginia General Assembly session that “allows a person to possess marijuana or tetrahydrocannabinol pursuant to a recommendation of a prescriber acting in the course of his professional practice and allows a medical doctor or pharmacist to distribute such substances in the course of his professional practice without being subject to prosecution and eliminates the requirement that marijuana or tetrahydrocannabinol be recommended and dispensed solely for the treatment of cancer or glaucoma. ”

“This isn’t about smoking pot,” said Plum. “This is about taking or using the oil for a medical condition.”

Plum’s bill is similar to HB 1455 introduced by Del. Dave Albo (R-Springfield), which seeks to add epilepsy to the list of conditions for which patients can possess medical marijuana. Last week, the General Assembly heard testimony from families whose children could benefit from medical marijuana, during which a young girl suffered a seizure in front of legislators.

Haley Smith, who suffers from Dravet Syndrome, had 1,200 seizures last year. Plum, who gave Haley a big, heart-shaped box of candy when she came to his office Thursday, said he inspired by Haley’s story and that of Jennifer Collins, the 15-year-old Fairfax County girl whose family moved to Colorado and back in order to gain legal cannabis relief for her seizures.

“When people are in the amount of pain and stress they are in, there is no reason the government should stand between relief from that pain,” said Plum. “There is far more addictive stuff behind the counter at the pharmacy.”

Plum said that federal restrictions are standing in the way of changing Virginia laws. Medical marijuana has actually been legal in Virginia since 1979 —  except that it requires a valid prescription, and doctors cannot legally prescribe marijuana since it is federally restricted.

“We need to take appropriate action in Virginia and get us an exception to federal enforcement related to medical marijuana,” said Plum.

Medical marijuana has been given an exception in 23 states and in DC, where small amounts are legal for pain relief.

Plum’s bill has been referred to the Courts of Justice Committee.

Photo: Haley Smith, who had more than 1,200 seizures last year, was a given a box of candy by Del. Ken Plum in Richmond last week/Credit: WTVR.com.