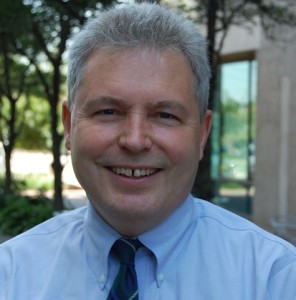 The dedicated bike room at Wiehle-Reston East’s Silver Line Metro station is getting a new name. The facility will be named in honor of Charlie Strunk, Fairfax County’s first Bicycle Program Manager who retired from the post last month.

The honor was suggested by Hunter Mill Supervisor Cathy Hudgins at the county Board of Supervisors Meeting Jan. 12. and unanimously approved by the supervisors.

The station’s bike room was the first such secure bike facility in the county. Hudgins said Strunk led not only the design efforts, but coordinated with other county departments, stakeholders, and advocacy groups to ensure all voices and concerns were heard.

The Wiehle Reston-East Bike Room currently has 300 members and is the prototype for other rooms being planned at the Stringfellow Park-and-Ride Lot, the Rolling Road VRE Station, Route 1 Transit Center; as well as the Herndon and Innovation Center Metrorail Stations.

Some of Strunk’s impact on the Fairfax County bike program include bike racks on the front of all Fairfax Connector buses; bike storage lockers at several park-and-ride lots; and a bike map with on- and off-road routes across the county.

He was also instrumental in organizing the county’s first bike master plan, which was approved by the supervisors in October.

The supervisors will dedicate a plaque renaming the bike room at a future date.