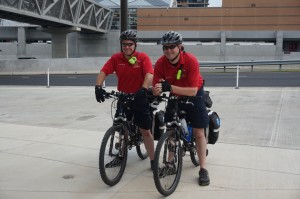 Metro Transit police report that serious crime on the Metro has fallen to a five-year low and that the addition of the Silver Line has not had much of an impact on incidents on and near Metro, its bus lines and parking lots.

Stats also show no crimes were reported to Metro authorities at Reston-Wiehle East in the first five months of operation.

Metro Transit Police released it 2014 annual security report earlier this week. The report said that in 2014, Part I (serious incidents such as robbery, aggravated assault, larceny homicide and forcible rape) crime was down 27 percent — or about 5.2 crimes per million riders compared to the same 12-month period in 2013.

“I am pleased that our efforts last year resulted in a significant reduction in crime,” Metro Transit Police Chief Ronald Pavlik said in a statement. “While we must still remain vigilant and never forget that one crime is one too many, it is important to thank our officers for their hard work, as well as Metro’s employees and customers for being part of the solution.”

There were three significant areas in which Metro saw the biggest decrease:

Additionally, sexual harassment complaints were down 13 percent in 2014, Metro said.

None of the incidents were at Wiehle-Reston East in that time frame, though a simple assault was recently reported on Jan. 6, Stessel said.

At other Silver Line Stations:

“We are very pleased with the low crime rates we are seeing at the five new stations,” Stessel said. “Metro Transit Police, working together with our partners at Fairfax County Police, will continue our efforts to keep crime low.”