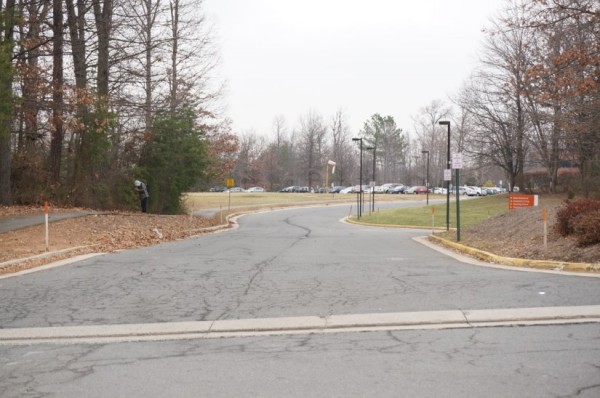 The Fairfax County Park Authority has outlined a land swap that will enable it to eventually move forward on an indoor recreation center for the area known as Town Center North.

Park Authority Chair Bill Bouie said Friday the park authority has committed to a deal, pending a public hearing and park authority board vote, that plans for a 90,000-square-foot recreation facility to be built on the same block as the new North County Government Center on Fountain Drive. 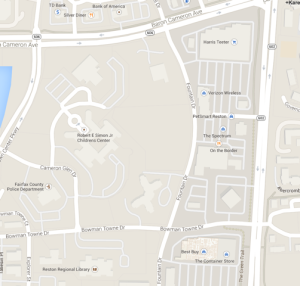 The recreation center would be owned and operated by the park authority, however, officials still do not know who would pay to construct the building.

“This is a very big deal — one we have been working on for a number of years,” said Bouie. “This satisfies a number of parties. We still don’t know the cost — and there is no money for the rec center at this point. But we are hoping [to pay] through a combination of developer proffers and park bonds.”

The deal means the plans to build a new Reston Community Center at Baron Cameron Park, which has been debated for more than two years, is all but dead, even though space for an indoor facility is on the Baron Cameron Park master plan. Bouie said he hopes RCC will be involved in the planning in order for Restonians to get top priority for facility use.

There has been more than two years of community meetings and a feasibility study about a joint project with RCC, whose indoor pool at Hunters Woods is aging, and the park authority at Baron Cameron. However, the plan faced much community pushback on traffic, as well as un unfair tax burden on Small Tax District 5 (Reston) residents.

RCC Executive Director Lelia Gordon called the plan a “win-win-win,” with no additional burden on STD 5 residents “other than the one that already exists.”

“We see this as terrific,” she said, adding that the work already done by RCC — and Reston Association in a previous plan for facilities at Brown’s Chapel Park — should shorten the process.

“[The new plan] can advance so much more rapidly because of RA and RCC,” said Gordon. “The last county facility of this type was built more than 20 years ago. I would say this accelerates the process by many years.”

RCC officials said earlier that Town Center North would be the only other good spot for such a facility because it is located close to other public facilities, is in the center of Reston growth and is easily accessible.

The park authority will hold a public hearing on the subject at 7:30 p.m. on April 8 at the Herrity Building, at 12055 Government Center Parkway.

The five-acre property will be called the Reston Towne Green. The plan has been in the works for nearly three years, said Bouie. It was a complicated transaction that involved land owned by the county, the park authority and Inova.

The park authority owned five acres across from the Fairfax County Police’s Reston District Station building, which will soon be torn down. The park authority is conveying the land back to the county in exchange for a 2.5 acre town green and the rec center space, said Bouie.

The county is seeking public comment on the deal, which will include:

Voters in 2012 approved a $25 million Fairfax County Public Library Bond, $10 million of which will be allocated to building a new Reston Regional Library in the Town Center North area. Also, the Hunter Mill Supervisor and police from Reston District Station are slated to move into the new $18 million North County Government Center next week. That state-of-the-art building is the first in the new vision for the area.

In the Reston comprehensive plan amendment approved last year, the area is “planned for up to a .90 FAR for non-residential uses, which should include office, public, institutional, medical care, hotel, and retail uses, and a minimum of 1,000 residential units. The public uses may include public safety uses, libraries, shelters, schools, a recreation center, government offices, a performing arts center, and institutions of  higher education. Some of the existing residential uses may maintain their current use, density and character.”

“Town Center Metro North should become an extension of the Town Center urban core – rich with nightlife, signature restaurants and retail, perhaps a hotel with convention capability, an augmented office presence, a strong residential component consistent with transit-oriented development, and potentially at least one prominent civic use. In combination, these additions to the Town Center will make it a rich and balanced destination-origination station that will be a unique asset to Reston.”

Photo: Land owned by Inova and Fairfax County may be site of future 90,000-square-foot recreation center and a town green/file photo