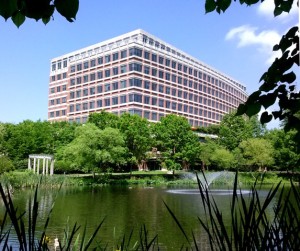 Fannie Mae is reportedly seeking a large amount of office space in Reston.

The mortgage giant, which recently made a deal to leave its upper Northwest D.C. location to build an new building at 1150 15th St., longtime site of The Washington Post headquarters.

Meanwhile, The Washington Business Journal reports that Fannie Mae is also planning to lease about 180,000 square feet at an undisclosed location in Reston to support a new commercialization platform it is developing in collaboration with Freddie Mac.

Fannie already owns and leases space at 11600 American Dream Way in Reston, as well as in Herndon, but company spokesman Andrew Wilson told WBJ it has maxed out its space in Reston and needs to expand to roll out the new platform for the mortgage industry.

Fannie Mae occupies nearly 1.5 million square feet of owned and leased space in the region, including a lease set to expire next year at Monument IV at Worldgate in Herndon.

Fannie plans to combine its operations there into the new space, which Fannie has identified says it cannot disclose yet.