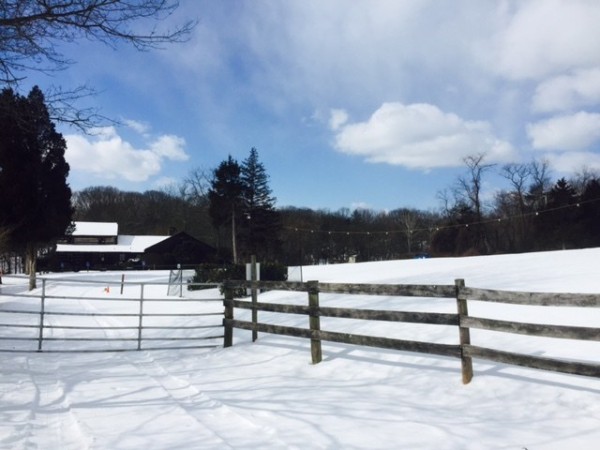 Many residents of Hunt Club Cluster have written to the Fairfax County Department of Planning and Zoning to remember the possible slave cemetery in Reston when making the final changes to Reston’s Master Plan.

Here is what may be hiding in the woods, according to Hunt Club resident Heather Greenfield, a PR executive and former reporter who has been researching the site, calls Lake Fairfax Unnamed Cemetery #FX242.

“The more we learn about this historic cemetery, the more we see what a fascinating piece of history this is for Fairfax County and pre-history for Reston, and the principles it was founded on,” Greenfield wrote to the DPZ. “This cemetery involves a prominent Fairfax family, the issue of slavery, and how the family matriarch, Mildred Johnson, created a cemetery for those she lived with through treacherous Civil War politics.”

Greenfield and other Hunt Club residents have requested that the wording regarding the Hunt Club property be written with more specifics as to what will happen when/if graves are discovered. The cluster says that when the graves are discovered, the cemetery should be preserved with a 500-foot buffer around it.

The cemetery is believed to be about 200 yards north of the log clubhouse.

The deadline to submit comments to the county was last week, and the DPZ heard from nearly a dozen residents of the housing subdivision near Lake Fairfax Park. Phase 2 of the Master Plan looks at new language for neighborhoods and village centers as Reston goes through its next 50 years.

Previously, the owner of the Fairfax Hunt Club property, which is now used for catering and special events, asked the county if the 309,000 square foot property could be rezoned from recreational to residential under the Master Plan changes. That would allow for the option of future development there.

The Phase 2 draft says that the Hunt Club property, which contains a historic log building, is “eligible for listing in the Fairfax County Inventory of Historic Sites and should be retained and preserved” and should remain zoned for private, recreational use.

But the language of the draft leaves the door open for future housing to be built.

“If it is ever not used for private, recreational use, the parcel may develop as residential use at 0.5-1 dwelling units per acre,” the draft says.

“A lot size of one acre or larger is recommended for the Fairfax Hunt Club clubhouse to retain enough of its cultural landscape in relation to its rural history. In the event this parcel is redeveloped for residential use, then the new residential neighborhood should be incorporated into the planned community of Reston, if possible.”

“The Cultural Resource Management and Protection Branch of the Park Authority should be consulted about required surveys and studies for the cemetery. If graves are identified, the cemetery should be preserved and state policies and procedures must be followed.”

Greenfield says Johnson was given a 100-acre stretch of land at the time of her husband Thorton Johnson’s death in 1854. But when Mildred died, her 11 children sold the land to public auction in 1882 to split the proceeds. Most of the children already owned land adjacent to their parents’ Fairfax property, covering much of what is now Reston, Herndon and parts of Vienna.

County records show Mildred Johnson’s 100-acre parcel included a cemetery that would not convey to the buyer Mary Chamblin, says Greenfeld. The Johnson family owned hundreds of acres of farmland in Fairfax in 1860 and were Union loyalists. War reparation records mention one son fighting for the Union and Mildred described sewing sacks for the Union. Mildred was captured by Confederate soldiers and accused of being an abolitionist. She was released after pointing out she owned slaves.

Union soldiers camped on the Johnson family farm on their way to Gettysburg, according to Greenfield’s research. They tore down fences and the siding of the family’s schoolhouse for the wood for fires and took Mildred Johnson’s horse. She and several children received war reparations as Union loyalists.

“The longtime rumor among Hunt Club Cluster residents that this is a former slave cemetery holds up,” Greenfield says in her communication with the DPZ. “The Johnson family had one female slave who lived with them for more than 20 years until after the Civil War and she had four children according to the 1860 slave census. While finding the names has been challenging, a freedman named Courtney Honesty, is known to have lived with various Johnson family members in the mid-to-late 1800s.

“Unnamed Cemetery 242 on what used to be the Johnson property appears to have been last surveyed by Fairfax County in 1994 and is on or adjacent to the Hunt Club property. It is described as having five field stones amid cedar trees, rose bushes, which are typical plantings at cemeteries in the mid 1800s . The cemetery is seen in 1937 aerial maps and noted in some tax and survey records.”

The county planning commission will hold a hearing on the final Phase 2 draft on April 22.