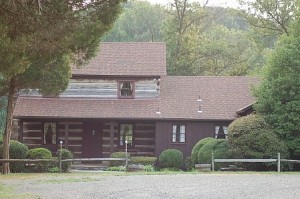 Reston’s Fairfax Hunt Club may eventually be home to a subdivision when Phase II of the Reston Master Plan Special Study is completed.

Phase II, which kicked off in May, offered an opportunity to submit property-specific land use proposals to be included in the draft “strawman” Comprehensive Plan text for Reston coming up  later this year. Submissions were accepted from May 22 through July 11.

One of the proposals came from Robert Hostler, president of Fairfax Hunt Inc. He submitted a proposal to the Reston Master Plan Special Study group to rezone the hunt’s at 1321 Lake Fairfax Dr. from recreational to   residential.

“The Owner, Fairfax Hunt Inc., is considering relocating its operations and desires to have the option for this property to be converted to residential as are the surrounding properties,” the online submission states.

The Fairfax Hunt has deep, if not active, roots in Reston. A. Smith Bowman — founder of the former Reston distillery bearing his name — also founded the Fairfax Hunt Club in 1928. He later gave part of his 4,000-acre property to the club, and the clubhouse, built in 1951, remains as a catering facility today. Eventually, much of the surrounding land was sold to build Reston and fox hunting moved farther into horse country.

The clubhouse contains part of a 200-year-old log house that was formerly located a few miles away in Vienna. The club’s still owns eight acres near Lake Fairfax Park to the south and housing subdivisions on the other sides.

Phase 1 of the Reston Master Plan Special Study was approved by the Fairfax County Board of Supervisors earlier this year. Those plans set development standards in the areas within one-quarter mile of Reston’s future Metrorail stations. The first Reston such station,  Wiehle-Reston East, opens Saturday.

Phase II is expected to be a shorter process that will look at specific land use projects and Reston’s village center areas, which may be redeveloped in the future.

Only three specific land use suggestions were sent to Fairfax County in the open period. One was not specific and was disqualified. The other was to add new apartments and increase density at Colvin Woods, a 1970s apartment complex on Becontree Drive.