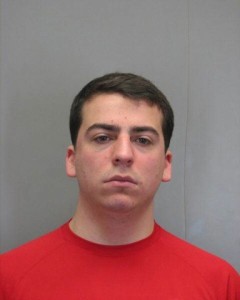 Police charged Tyler Scott Polkinghorne, 19, of 5066 Dequincey Dr. in Fairfax, with one count of Impersonating a Law Enforcement Officer. Polkinghorne turned himself in at the Adult Detention Center on Monday.

Fairfax County Crime Solvers said last week they were offering a reward to anyone led them to information on the run of impersonations that began last October. This arrest did bot end up as the result of a tip through Crime Solvers, however.

Crime Solvers said each of the three incidents in Fairfax County, a person driving on a public highway encountered a vehicle behind them that activated emergency lights, similar to what you would see on an unmarked police car.