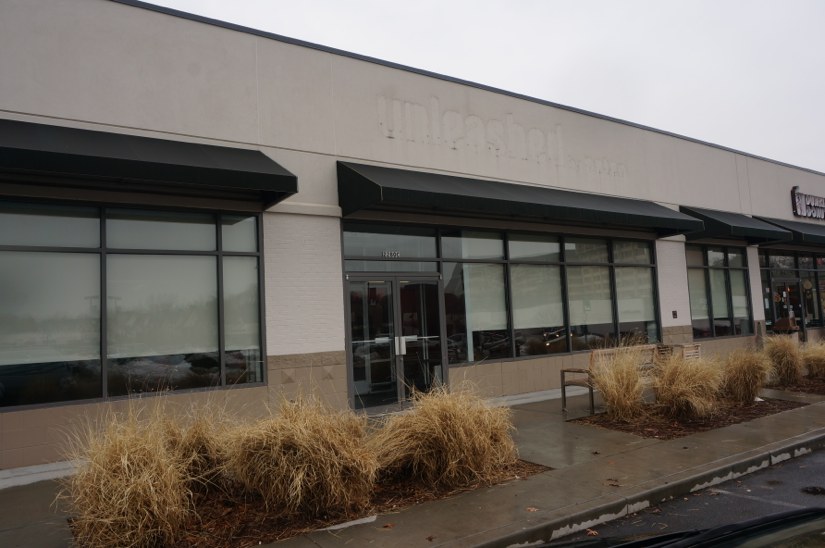 One of the storefronts has not been occupied since the building was converted from Hollywood Video several years ago. The other housed Unleashed by Petco from 2012 until that store closed in late January.

What do you think should go in that spot? It can be two separate stores or one bigger one. Tell us your thoughts in the comments.

The vacancies are next to Dunkin’ Donuts.

Unleashed’s closing is one of several recent vacancies at the shopping center, which is owned by Edens. Dairy Queen and Solar Planet tanning salon at Hunters Woods closed this fall, and several other storefronts have remained vacant for more than a year.

The never-leased space was intended to be a Chinito’s Burritos, but the owner of that restaurant backed out in summer 2014 after financing could not be secured.

The most recent check of county permits shows no new tenants headed for Hunters Woods.