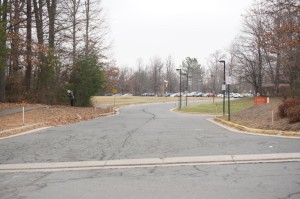 Fairfax County Park Authority Chair Bill Bouie says the process to build — particularly amassing the funding for — a 90,000-square-foot indoor recreation center in Reston will not be a quick one.

The money to build the facility in the Town Center North area will primarily come from bonds. There are two upcoming bonds to be voted on — an $87.7 million bond to be put to voters in 2016 and an $88 million bond on the ballot in 2020, said Bouie.

“The projects and bond categories for those bonds have not been determined at this time,” he said on Tuesday. “Those discussions will take place later on this year and early next year. The eventual rec center will have to be built with a combination of bonds and proffers within these confines.”

The cost of the facility, which would probably include a 50-meter indoor pool, is not yet known. Previous estimates for a smaller facility at Baron Cameron Park were $30-40 million. Those estimates came from a feasibility study done by Brailsford & Dunlavey for Reston Community Center, which looked into a partnership with FCPA to build a rec center at Baron Cameron Park.

That proposal was met with mixed community reaction. Some of the concerns: traffic, whether there is really demand for a new facility and unfair costs to Small Tax District 5 (Reston) residents.

Bouie says the FCPA will be seeking developer proffers to help pay for the Town Center North facility. Typical proffers are around $800 per residential unit, he said.

Bouie also said that the Brailsford & Dunlavey report will not be applicable to the Reston Town Center North plan. The FCPA will conduct its own studies, he said.

“Park Authority staff will handle the design and programming of any new facility,” said Bouie. “FCPA is in the process of wrapping up our overall parks needs analysis with a 10-year view. FCPA will put together a business plan for the facility as it will be a part of our Revenue Fund and will not be supported by the General Fund or property taxes.

“The B&D study was necessary because of the hybrid nature of the proposal and the mix of people that were slated to use the facility. The new facility will be a park authority owned-and-operated facility and will be open to ALL county residents. Restonians will not receive any additional discounts because it is located in Reston, so this is as much for Great Falls, Herndon, and Vienna that will now have a closer rec center.”

The Hunter Mill District is the only area of Fairfax County without its own county recreation center.

There will be a public hearing on the topic April 8 at the Fairfax County Government Center at 7:30 p.m., and the FCPA Board will vote that night whether to proceed. After that, the county will put out a Request for Proposals to see developers’ ideas for the space bordered by Town Center Parkway, Baron Cameron Avenue, Fountain Drive and Bowman Towne Drive.

“We will have a better idea once proposals have been received to see what developers are proposing to do with their developments,” said Bouie.

Meanwhile, the Reston Swim Team Association this week approved a resolution in support of the county facility.

Swimmers of all ages develop valuable traits in and out of the water that help them throughout life, including strong organization and time management skills, good sportsmanship, teamwork and mutual respect.

Reston Community Center’s current indoor pool at Hunters Woods Village Center is 36 years old and in need of modernization, and is not adequate for hosting competitive swim meets. RA outdoor pools are open less than 20 weeks out of the year.

There is not enough available pool time and space in the Reston area to meet the current demand for aquatics programs, causing Reston to lose its young swimmers to other non-competitive Reston teams.

The RSTA fully supports the construction of a new 50-meter indoor pool facility dedicated to year-round developmental and competitive swimming and diving.

A new REC center would further enhance the “Live Work Play and Get Involved” principle Reston was founded upon by enabling Reston to train swimmers and divers of all ages, attract and develop knowledgable instructors, coaches and officials and boost the local economy by enabling Reston to host major swim meets.