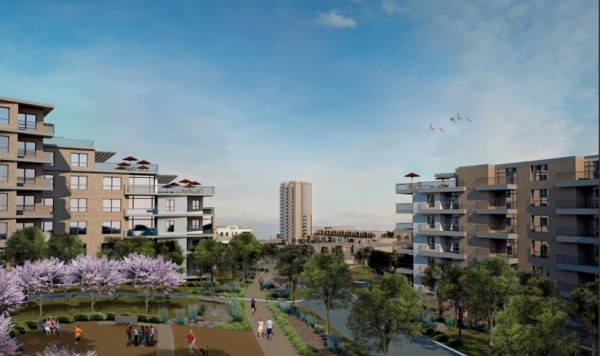 Rep. Gerry Connolly says the Fairfax County Board of Supervisors’ recent approval of the revitalization project for Crescent Apartments and the Lake Anne Plaza area is an important step in preserving affordable housing in Fairfax County.

Connolly (D-Va. 11th) represents Reston, as well as other parts of Fairfax County. He formerly served as the Chair of the Fairfax County Board of Supervisors, where he was an advocate for affordable housing.

“Not only will this redevelopment replace the current 181 affordable units and add four new ones for families with incomes at or below 60 percent of the area median income, but it also will add 175 new workforce housing units,” Connolly said. “In addition, the county will be able to re-invest the proceeds from this sale in additional affordable housing projects.”

LADP’s plan also calls for 78,000 square feet of office space and 58,000 square feet of retail space, a modest-sized grocery store and realignment of Village Road. The project will also have a 1.1-acre central park, an outdoor amphitheater, a bike share station and 12 public art works, according to the project’s county staff report.

Crescent Apartments were purchased for $49.5 million by the county in 2006. Development conditions included replacement of the 181 affordable Crescent units with 185 units, as well as providing an additional 20 percent of units as workforce housing.

“This culminates a process we set in motion nine years ago when, during my tenure as Chairman, the Board purchased the Crescent apartments to prevent the loss of these affordable units, which were at risk of condominium conversion,” Connolly said in a release.

Connolly pointed out that Crescent was one of the early milestones of the Penny for Housing Fund, which he helped launch as part of Board of Supervisor’s Affordable Housing Initiative.

“Since 2006, the fund has provided more than $170 million to preserve 2,701 affordable units throughout the County as we work to reduce the sizable affordable housing gap that still exists,” said Connolly.

Many Crescent residents, as well as representatives of Virginians Organized for Interfaith Community Engagement (VOICE), an advocacy group for low-income Fairfax County residents, spoke at the supervisors’ public hearing in February. During the process they have repeatedly reminded the supervisors to remember the Crescent residents and not price them out of their own neighborhoods.

However, Supervisor Pat Herrity (R-Springfield), the lone supervisor voting against the Crescent project last week, said there is too much affordable housing, and that will place a burden on local schools.

Connolly said incorporating housing for all levels of income continues the vision of Reston that founder Bob Simon started more than 50 years ago.

“Providing housing for people of all incomes was one of Bob Simon’s founding principles for Reston, and it is because of that inclusiveness that Reston, and the rest of our community, has thrived,” he said. “This also represents the next evolution of Lake Anne Plaza, which was built more than 50 years ago and was an early model for walkable, mixed-use development.

This new plan will add more than 1,000 residential units, restaurants, a grocery store, more retail, offices, and open space in a fashion that integrates multimodal transportation choices and fosters an even greater a sense of community in harmony with Bob Simon’s original vision.”

Next up in the process is site approval, and LADP officials said they hope to break ground in 2016. The project is expected to take 10 to 12 years to complete.