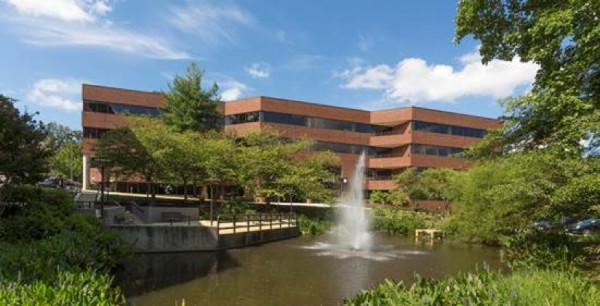 The purchase of Reston Corner I, II and III and the nearby Parkridge V cost about $82 million, says an Atlantic Realty spokesman. The buildings are 50 percent leased, and Reston Association is a major tenant in one of them.

“Atlantic Realty has deep roots in Reston, having developed such well-known destinations as Plaza America,” said Atlantic Realty President David Ross said in a statement. “In fact, in 1992-93, our newly formed company was located in Reston Corner III. We are pleased to join with Angelo, Gordon to expand our Reston portfolio at this exciting time.”

Nearly $5 million was invested recently in improvements to the buildings’ elevators, lighting systems, restrooms, and the mechanical, electrical, and fire/ life safety systems. The ARC-AG partnership plans to spend an additional $5 million to improve the buildings and outdoor common areas.

The buildings were sold by an affiliate of the Garrison Group, which acquired them in 2011 after previous owner Penzance Cos., which paid $202.5 million in 2007, defaulted on payments on its more than $100 million loan.

The buildings are out of walking distance to the Wiehle-Reston East Metro station, however, they will be a short walk to the Reston Town Center station when the Silver Line is extended after 2018.

This sale is third major commercial real estate deal in Reston in recent months, perhaps proving its desirability as an office location now that it is Metro-accessible.

Bechtel, which has it global operations headquarters at 12011 Sunset Hills Rd., announced earlier this month it plans to lease another 175,000 square feet of office space as it relocates hundreds more employees to Reston.