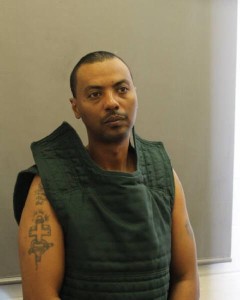 (Updated 10:40 a.m.) Fairfax County Police say a prisoner who escaped from Inova Fairfax Hospital early Tuesday stole a second car after his escape. He is now believed to be at large driving a dark gray Hyundai Elantra with Virginia tag XTU-5024. The car was last seen at Monterey Drive and Route 236 near Annandale.

(Updated 8:20 a.m.) Streets have reopened near Inova Fairfax Hospital, but a heavy police presence remains in the area after a prisoner escaped from security guards overnight. The suspect, considered armed and dangerous, may now be in the Springfield area after carjacking a woman there at 7 a.m.

(Original story, 7:30 a.m. Tuesday) Fairfax County Police are searching for a prisoner who escaped and is considered armed and dangerous after shots were fired at Inova Fairfax Hospital early Tuesday.

If you have an appointment at or work near the hospital, note the hospital is on lockdown and is not accepting any new patients. All entrances to the hospital are blocked, and several nearby streets have been closed as of 7:30 a.m.:

Police are urging residents and motorists nearby to be alert and expect traffic delays. Hospital employees will be picked up by a shuttle bus from Falls Church High School. The school is closed to students as it spring break.

The suspect is Wossen Assaye, 42, who was arrested by federal authorities in Arlington last week for a series of bank robberies in Northern Virginia, police said. 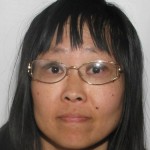 Assaye was being held at Alexandria City Jail, where federal suspects are held, when he attempted suicide and was taken to Inova Fairfax Hospital for medical treatment. Police say a private security company was hired to guard him at the hospital.

At about 3 a.m. Tuesday, Assaye overpowered the guard, taking the security officer’s weapon. Police say one shot was fired, but no one was injured. It’s not clear who fired the shot. Assaye is considered armed and dangerous.

Assaye fled the hospital room and was last seen wearing only a hospital gown and no shoes. He is 6 feet tall and weighing 170 pounds.

Police say Assaye may be with his girlfriend, whose picture they released.