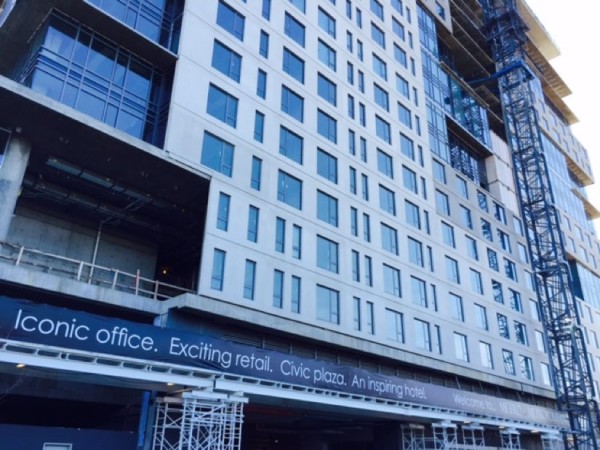 Reston Association has begun the process of adding the 450-unit BLVD apartments to the association.

RA’s Board of Directors voted at its regular meeting on March 26 to undertake the necessary steps to add the 450-unit luxury high rise currently under construction above the Reston Station parking garage adjacent to the Wiehle-Reston East Metro.

BLVD, which will have one-, two- and three-bedroom units, is expected to begin leasing later this year.

Under RA Bylaws, properties can be added to the association with written consent of fee simple owner (in this case, Comstock Properties) and a two-thirds vote of BOD, said RA CEO Cate Fulkerson.

“Before submitted to deed, the board must give notice to members and conduct public hearings,” she said.

The Board of Directors passed a motion several years ago to make adding new construction in Restona priority for the association. Properties within Reston Town Center are not in RA territory. New buildings such as The Harrison, which recently opened on Reston Parkway, and BLVD, as well as planned new and replacement construction at the Crescent Apartments site, are slated to be RA members.

The RA board will vote on the BLVD process on April 15. There will be public hearings on May 28 and June 25, with a final vote by the board in June.