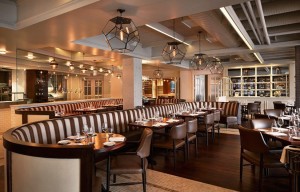 Moussedik said he hopes Neyla will be open at Reston Town Center in early May.

The changes are part of a reworking at Capital Restaurant Concepts, which owns Paolo’s as well as other Washington-area restaurants such as J. Paul’s and Georgia Brown’s. It also owned the former Neyla, which was located in Georgetown before closing in 2014.

Some of HapstackDemetriou’s other clients include Rose’s Luxury, Brasserie Beck, Fiola Mare and Zaytinya in D.C. and Gypsy Soul in the Mosaic District.