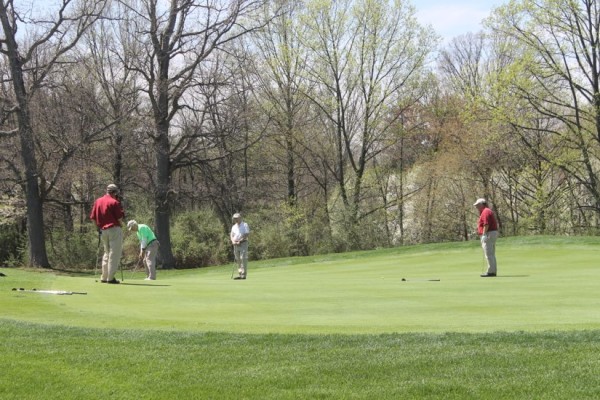 A sunny spring day brought golfers out to play a round at Reston National Golf Course on Thursday. The rolling greens and the manicured shrubs belie the tension that the future of the 166-acre public course has caused over the past three years.

Will the open and community space give way to residential development close to two Silver Line Metro stations? Will it remain, as it was designated in the original plans for Reston, as the “South course” as well as a spot for joggers, wildlife and homeowners who want a bucolic view?

Or will it become a court case that all other development plans refer to when defending land-use rights?

On Wednesday, the Fairfax County Board of Zoning Appeals gave a partial ruling on the golf course owner’s 2012 appeal to see if the property was designated residential. The BZA said it overruled the zoning administrator to the extent she says a comprehensive plan amendment is a precondition to development.

That may have lowered the bar for re-development in Reston and the case may set a precedent in arguments for land use rights in the future, one real estate source said.

If owner RN Golf Management wants to re-develop, it does not need a master plan change. It will, however, still have to submit any redevelopment plans through the Fairfax County Planning Commission, the Fairfax County Board of Supervisors, and Reston Association’s Design Review Board and Board of Directors.

Attorneys for RN Golf say they have not seen any plans.

“There is no plan along the route, ” RN Golf attorney Frank McDermott said Wednesday. “This was a determination of our property rights.”

Meanwhile, most of the golfers at Reston Nationals’ driving range Thursday were unaware of the drama surrounding the course. Until there is an approved plan, the course is open for business.

Jesse Martin, 40, grew up in Reston. He lives in McLean now, but stops by Reston National to hit balls a couple times a week. He says he thinks the right thing for Reston — preserving open space — will prevail.

“My opinion is nothing will ever get built here,” he said. “This is part of what makes Reston Reston. There are a lot of people who live in Reston who bought for the open space. I just don’t think [redevelopment] will happen.”

Reston Association’s new board of directors spent about 30 minutes at its regular meeting Wednesday talking about the decision.

“Strategically, we will have a much better chance of building a plan to attack if we know what we are attacking,” said Lake Anne/Tall Oaks Director Eve Thompson. “Having them be in a situation where they reveal what they are thinking gives us a chance to more effectively combat what they are going to do.”

RA’s official stance is that the board of directors “is standing firm on its position that unplanned redevelopment in Reston can have significant adverse and harmful impacts on the association and its members.”

“The issue that the BZA was asked to determine was not whether the golf course should or could be redeveloped,” Ellen Graves, RA’s new president, said in a statement.

“The issue was rather what process and approvals would be necessary before it could be redeveloped. The BZA declined RN Golf’s attempt to short-circuit the normal county approval processes. Reston National is no closer to being redeveloped now than it was three years ago, thanks to the efforts of County officials, RA, Rescue Reston and many individual Restonians.”

“RN Golf desired a ‘blank check’ from the BZA such that no development proposal would need a Development Plan Amendment. The BZA declined to go this far.”

David Burns, board member of Rescue Reston, the advocacy group formed in 2012 in response to the zoning appeal, said on Wednesday “this does not end today.”

“Rescue Reston is disappointed that the BZA has seen fit to overrule portions of the decision of the Zoning Administrator and we will carefully consider appealing this decision to the Circuit Court,” he said. “We believe the BZA has ignored not only the law and the property rights of the thousands who own property adjacent to the golf course, but also the will of the more than 6,000 supporters of Rescue Reston, and the thousands more members of the Reston Association, who respect the Reston Master Plan and oppose development of the golf course.”