That’s why Wood — who has a Master’s of Library Science and worked for more than 15 years in public libraries, including seven years for the Arlington Public Library system — plans to open an independent bookstore, Scrawl Books, later in 2015.

“After Barnes & Noble closed, I felt like there was a hole here,” says Wood. “And I know how to fill that hole.” 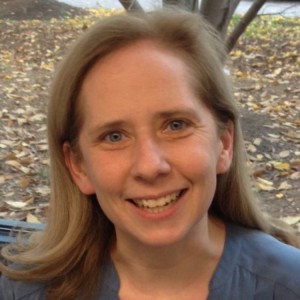 Wood and husband, Stephen Ahearn, a scientific consultant, moved to Reston from St. Paul nine years ago. They used to take their three children (twin boys, now 12, and a daughter, now 15), to a great children’s bookstore in Minnesota.

At the time, Reston had two large bookstores, Barnes & Noble at the Spectrum and Books-a-Million at Plaza America, as well as Reston’s Used Book Shop at Lake Anne Plaza.

“I thought ‘if there weren’t two bookstores, I could start a children’s bookstore’,” said Wood.

But, like so many dreams, there is reality. The kids began full-time school and Wood got a full-time job with ACL. She served many roles there, including children’s book buyer and materials division chief.

In the meantime, both Barnes & Noble and Books-a-Million closed. This year, Wood got serious. She resigned from her job with ACPL and attended the American Booksellers Association’s Winter workshop on owning a bookstore, as well as a week-long program for prospective independent bookstore owners. She has also spent time with the children’s book buyer at Politics & Prose in Washington, D.C.

“I came back, ran the numbers and figured out what I can do here,” says Wood.

Next comes securing retail space. Wood envisions Scrawl Books, which will carry books for all ages, as as cozy spot — likely less than 1,800 square feet and she is “open” as to location. She says she can buy books in tune with what the community wants, which is something that is often missing at chain stores or online.

She is already keeping lists of what she thinks will sell well in Reston. Other amenities, such as coffee, will depend on the space.

“There is not a shopping center in Reston without a Starbucks,” she said.

Wood said she is already about six months ahead of where she thought she would be at this point. If all goes according to plan, she would like to be operating by the end of the year.

Wood envisions a new spot for Reston, by Reston, patronized by Restonians and helping Restonians.

“Part of the dream is not just me selling books,” she said. “We hope to be partnering with schools and with Cornerstones.”