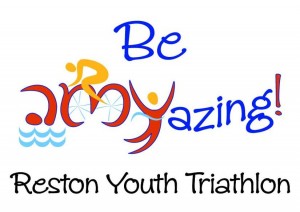 Some streets in south Reston will be full of kids ages 6 to 15 on Sunday at the fifth annual Be Amyazing Reston Youth Triathlon.

The event raises money for brain cancer research. It was founded by a group of then-South Lakes High School students in honor of their friend Amy Boyle, who lost her battle with brain cancer when she was 12.

The triathlon is one of two youth triathlons held in Reston each year. The other, the Reston Kids Triathlon, will be held Aug. 2 and benefits the YMCA and Reston Association youth programming.

The running course will be on the Reston Association trails and the track at South Lakes.

Roads will not be closed, but will be partially blocked, so plan accordingly and watch for young athletes.

END_OF_DOCUMENT_TOKEN_TO_BE_REPLACED

More Stories
Reston’s M. Beem Jewelers Will Close Its DoorsThank You to Our Sponsors and Advertisers