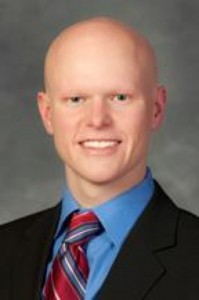 The Fairfax County Public Schools Board will take action Thursday on protection for transgender students under its non-discrimination policy.

The motion, introduced by At-Large board member Ryan McElveen, states that “no student, employee, or applicant for employment in the Fairfax County Public Schools shall, on the basis of age, race, color, sex, sexual orientation, gender identity, religion, national origin, marital status, or disability, be excluded from participation in, be denied the benefits of, or be subjected to discrimination under any education program or activity, as required by law.”

The FCPS board voted 11-1 last fall to include sexual orientation in its policy after the U.S. Supreme Court ruled to allow gay marriages in Virginia and other states.

McElveen has said it is important for the largest school system in Virginia to make a statement “that we unequivocally protect, value and embrace all of our students and employees for who they are.”

National statistics show about half of transgender teens have attempted suicide once before they turn 20. McElveen said that number was crucial in his reasons for introducing the transgender protection.

McElveen has heard from parents who fear the protection could lead to coed bathrooms. Andrea Lafferty, president of the Traditional Values Coalition told the Washington Post that the policy would endanger children.

“So you are going to put people with serious mental-health issues that are at a risk for suicide in our classrooms?” Lafferty said. “What you’re going to have in class are she-males — people who are half-female and half-male. We ask that you protect our children. They deserve to be protected.”

McElveen’s proposal has been met with opposition from traditional values groups and from state delegates Robert G. Marshall (R) and David LaRock (R), who say the school board does not have the right to create protected classes.

Reston’s Del. Ken Plum (D), who has fought for LBGT rights in Richmond, says he is proud of the school board for taking on this issue.

“They could ignore it or put it off on the agenda,” he said. “I admire that they are not. There have been amazing advances on LBGT issues, and I think out schools ought to build on that and move forward.”

A Reston parent of a transgender teen who graduated last year said he is pleased with the potential policy change.

“I am certainly in favor or such a policy change,” said the parent, whose name is not being used for privacy reasons.