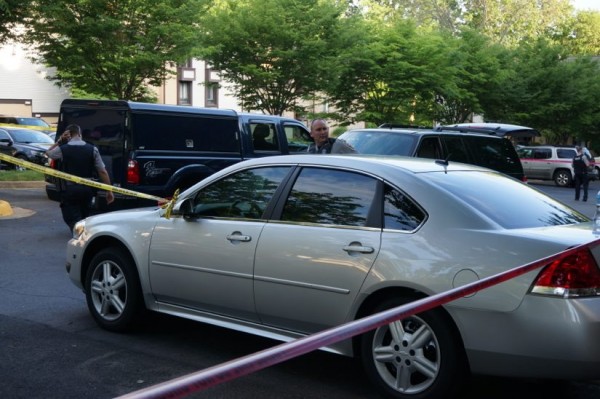 Fairfax County Police say the incident that resulted in a shooting death Sunday in Reston was not a home invasion, as they initially reported.

Detectives said the shooting, which took place about 2:50 p.m. on Sunday at the 11600 block of Stoneview Square and Shadowood Condos, took place after a gathering of men ended in a robbery attempt, an altercation and the shooting death of a 24-year-old Reston man.

Originally, police said the incident stemmed from a home invasion (though the residents and the suspect knew one another) and that they were looking for two suspects who fled the scene.

By Sunday evening, police said they were no longer looking for two additional suspects.

In addition to the fatality, another man was injured when he was grazed by a bullet, police spokeswoman Lucy Caldwell said. His injuries are not life-threatening.

Police have recovered the weapons, said Caldwell. She said multiple shots were fired.

Police are still investigating. They have not released the name of the man who was killed or identified whether anyone has been charged.

There has not been a homicide in Reston since 2013. There were two that year, but both stemmed from domestic incidents.