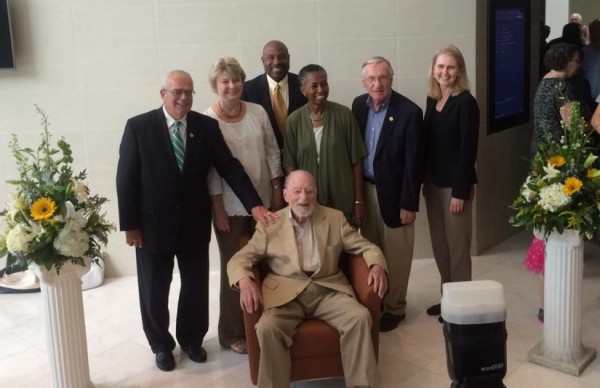 After more than two decades on Cameron Glen Drive, the child care facility had to move as the former building, owned by Inova, is part of the land slated for redevelopment as mixed use and park space in the Town Center North area. Cameron Glen Care Center, a nursing home that shared the building with the child care center, moved to Potomac Falls in 2014.

The space was designed by J3 Design Collective and built by Palmer’s Contracting Group. All Recreation of Virginia provided and installed all new playground equipment and safe rubber surfacing.

The school embarked on a Capital Campaign earlier this year and raised more than $50,000 in donations, Witkin said. That money will be used to outfit and furnish the new space.