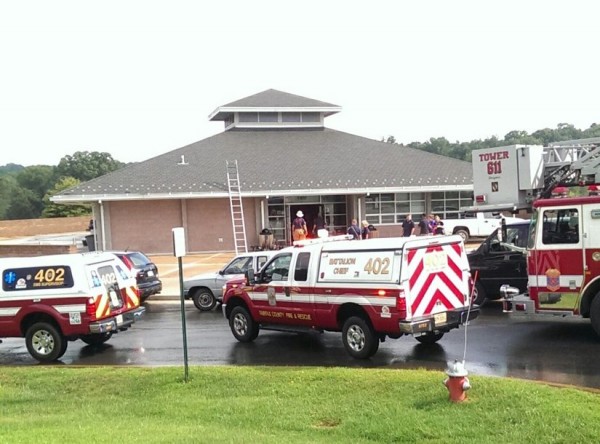 Park managers said the visitors center, the boathouse and a tree all appeared to be hit by lightning when the storms rolled through about 4 p.m.

Children in the after-camp program were in the building at the time but were evacuated to the locker rooms at The Water Mine, managers said. The Water Mine also closed for the day when the storms came.

Fairfax County emergency crews were called and it was determined there were no injuries and no significant damage other than a damaged tree.