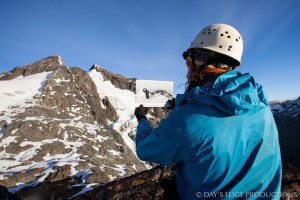 Spend a night at the movies watching some short films about the world around us.

Reston Association is hosting a Summer Shorts Environmental Film Festival on Aug. 7, 7 to 9 p.m., at Walker Nature Education Center, 11450 Glade Dr. Admission is free, but a $5 donation is suggested.

Here is what is on the screen:

Among Giants, a 2013 film about an activist who spends more than three years disrupting the clear-cutting of a redwood grove by sitting on a tiny platform a hundred feet up in the tree canopy.

Snows of the Nile, which explores the Earth’s only equatorial glaciers in Uganda’s Rwenzori Mountains. The glaciers have shrunk by more than 80 percent in the last century. The film follows Dr. Neil Losin and Dr. Nate Dappen, two scientists and photographers, on an ambitious expedition to re-capture historical glacier photographs.

An Opossum’s Tale, which looks at the survival of Virginia Opossum in the outskirts of Detroit.

Popcorn, soda and beer available for purchase. All proceeds benefit Friends of Reston.
Reservations are requested by Aug. 4. Email [email protected] or call 703-476-9689.

Photo: Still from Snows of the Nile/Credit: Days Edge Productions