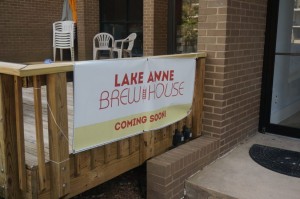 There are two locally owned food businesses coming to Lake Anne Plaza this fall. The Reston Historic Trust is holding a discussion on Thursday, Sept. 17 for residents to come meet the owners, find out what’s in store and why they feel strongly about investing in Reston’s original village center.

The “Locally Owned and Operated” program is at 7 p.m. at the Jo Ann Rose Gallery at Reston Community Center Lake Anne.

Speakers include Melissa and Jason Romano, who will open the Lake Anne Brew House this fall, and Eve and Rick Thompson, who recently purchased the Lake Anne Coffee House.

Earlier this year, the Romanos, who live near Lake Anne, purchased space at 11424 Washington Plaza, which formerly housed Singh Thai restaurant. The Romanos are turning a homebrewing passion into a nanobrewery business. They will sell beer made on the premises, as well as simple snacks. 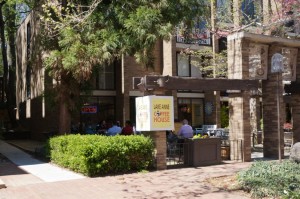 The Lake Anne Brew House space is nearing the end of renovations and installation of brewing tanks and mid-century modern furniture. Expected opening is early October.

The patio will be open on Saturday mornings beginning Sept. 12. Patrons can sample blends from Monument Roasters and pastries from Baguette Republic, both of which will be featured when the coffee house is fully open.

Both business owners say owning a small business on the plaza shows they are committed to the “Live-Work-Play” motto of Reston.