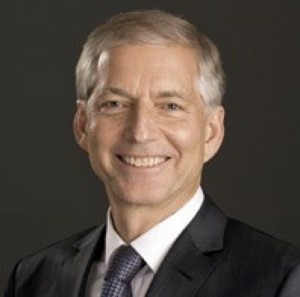 A little more than a year ago, Tim Cohn was an athlete who had completed 40 marathons.

Cohn, a scientist at the U.S. Geological Survey, was training for the Boston Marathon when he found himself “feeling terrible” at about mile 19 on a 25-mile run.

“That was sort of a surprise,’ he said. “My doctor laughed about it. Nineteen miles? What are you complaining about?’ ” he said.

But the fatigue was not normal. Neither was Cohn’s bloodwork, which eventually showed Mantle Cell Lymphoma (MCL), a rare blood cancer.

Knowing he would be fighting a big fight, Cohn resigned from his spot on the Reston Association Board, where he was one year into a three-year term representing North Point. During his tenure, Cohn served on the CEO Selection Committee and as board liaison to the Pedestrian & Bicycling, Transportation and Tennis advisory committees.

After the diagnosis in June 2014, Cohn had six rounds of chemotherapy. He says he is feeling pretty good now. He still takes oral medication daily, but says he has almost no side effects.

After losing large amounts of weight and strength, he is also returning to athletic form. He will participate in Sunday’s Lymphoma Research Ride, a cycling event in Montgomery County, Md., that will raise funds for lymphoma research.

“Biking’s not really my thing,” said Cohn. “But the ride is organized by my oncologist, Bruce Cheson, at Georgetown. I actually rode 25 miles in it last year too.”

Cohn says he was unable to do much exercise all through the summer and fall of 2014, but started training again by early 2015. He’s up to completing about a half-marathon distance again. He says that speed-wise, he is way off of peak form — but that it also doesn’t matter as much to him anymore.

“I’ve slowed down and enjoyed my runs more,” he said.

He says that starting out in good shape has helped him with the physical and mental effects of lymphoma.

“I think it has allowed doctors to give me whatever will work medically,” he said.

It was not running — which he did almost daily on Reston’s paths — that was a hard part of treatment, he added.

“I have been running all my life,” said Cohn. “Not running was a shock, and that really made me feel sort of unhealthy.”

Cohn says he is glad to be moving again since he is getting ready for another tough battle. The only full cure for MCL is a stem cell transplant, and Cohn plans to have one later this fall.

Specialists at Memorial Sloan Kettering, a top cancer center in New York City, have identified two people who are matches for Cohn. He will be in New York for weeks, where doctors will essentially kill his immune system. But if all goes well, in six months to a year the process — and the illness — will be over for good.

Cohn says friends from Reston Runners, particularly fellow RA Board member Donna Rostant, have been extremely helpful and supportive. Friends have delivered food, accompanied him to doctor’s appointments and chemo and done other things to make his road easier.

“One thing about having cancer is lots of people I did not know who survived [cancer] have come forward and offered to do any number of things,” he said. “Having someone with me at doctor’s appointments has been good.”