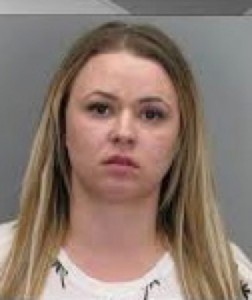 A woman who assisted a sex trafficker in prostituting young girls in Reston and Herndon hotels was sentenced to 10 years in prison by a federal judge on Friday.

Giedre Ruseckaite, 24, a Lithuanian citizen who had been living in Nevada, pled guilty to sex trafficking of a child in June.

According to court documents, Ruseckaite was the girlfriend and trusted assistant of Lenny Paul “2 Much” Haskins, 34, of Las Vegas, who was sentenced in May to 40 years in prison for sex trafficking of a child.

The charges stemmed from an incident in summer 2014, when authorities said Ruseckaite assisted Haskins in sex trafficking and prostituting two girls, ages 15 and 17. Haskins met the girls, runaways from foster care, in California. He instructed them to take a bus to Herndon from the purposes of being prostituted there, officials said.

Once he recruited them, Haskins also performed sex acts with the victims, officials said.

Haskins, who operated his ring in Northern Virginia for nearly a decade, frequently provided women and girls who were prostituted with various drugs, including marijuana, ecstasy, liquor, a drug known as “molly,” a drug concoction known as “lean,” and other controlled substances so that they could work longer without sleep, U.S. Justice Department documents said.

Even after Haskins was jailed, he continued to run his sex trafficking business from inside, officials said. With the assistance of Ruseckaite, proceeds from the sex trafficking conspiracy were forwarded to Haskins in jail so that he could purchase items and make telephone calls. Because jail calls are monitored, Haskins would give instructions via code words.

When Ruseckaite was arrested last spring, she was with her 3-year-old son at the Crowne Plaza Herndon on Elden Street. She was charged by Fairfax County Police with child neglect, prostitution and keeping a bawdy place.