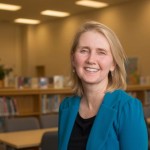 Ready to vote on Nov. 3? If not, come to a forum sponsored by the League of Women Voters at Reston Community Center on Saturday.

The Hunter Mill Candidates Forum is at 2 p.m. at RCC Hunters Woods.

Expected to appear is hunter Mill Supervisor Cathy Hudgins, who is running unopposed, as well as school board candidates for the Hunter Mill seat.

Running for school board is Pat Hynes, the current FCPS board chair who is seeking re-election to a second term, and challenger Mark Wilkinson, and Oak Hill businessman. 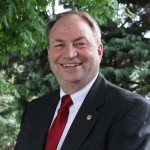 The school board race is Reston’s only contested election this fall. State Sen. Janet Howell (D) and Del. Ken Plum (D) are also both running unopposed.

The entire FCPS school board is up for re-election in the Nov. 3 race. There are nine candidates running for three At-Large seats.

Hynes, of Reston, is a former lawyer and teacher who has served on the board since 2012.

“Maintaining Fairfax County Public Schools’ world-class reputation in the twenty-first century demands visionary leadership,” Hynes says on her website. “This community expects its schools to be the best. We are preparing our students for careers that do not yet exist. What we know for sure is that our graduates will have to be flexible, creative problem-solvers who collaborate well and have strong communication skills. We must continue to build a culture that innovates from the classroom, supports our world class educators and sets high expectations for every student.”

Wilkinson says on his website he is concerned about FCPS’ budget, class sizes, and other issues.

“I believe that the children of Fairfax County must come first with any decisions made by the school establishment, particularly the School Board,” says Wilkinson. “I am well suited to be an independent and non-partisan advocate for children and sound education.

“As a parent, I know that no one knows a child and his/her needs as well as a parent. I have been troubled by the appearance, the current Board has given, that it has a disregard for parent knowledge and involvement.  There is no room for a “we know best” attitude from the School Board.”