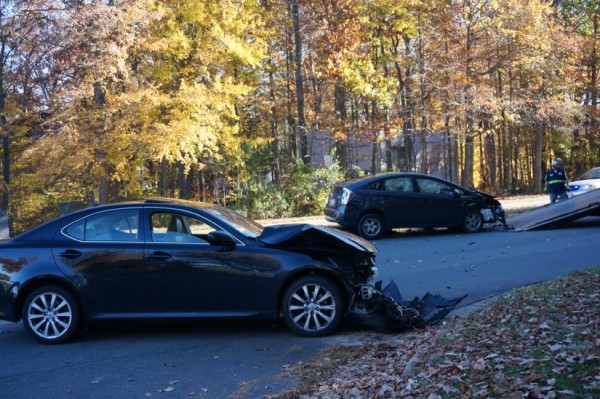 One person was injured in a two-car crash at South Lakes Drive and Ridge Heights Road on Tuesday afternoon.

The accident occurred about 2:15 p.m. One driver was taken away by ambulance with non-life threatening injuries, police said.

South Lakes drive was briefly closed, but re-opened about 3 p.m.