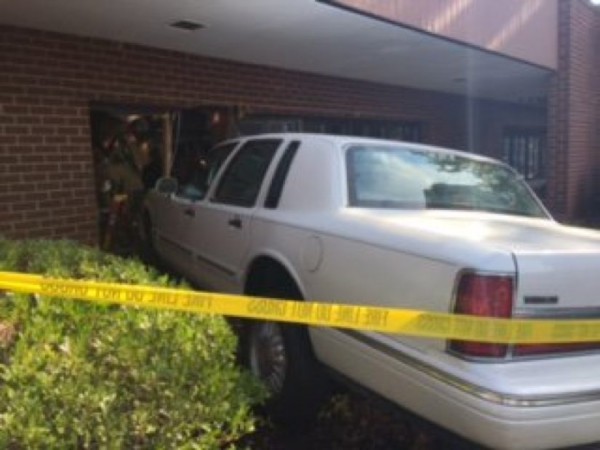 Two people were taken to the hospital with non-life threatening injuries when a driver accidentally drove his 1996 Lincoln Town Car into an office building in the 11300 block of Sunset Hills Road, Fairfax County Police said.

Fairfax County Police officer Tawny Wright said an elderly man got into his car and prepared to back away, but instead hit the gas and drove forward.

A patient in the lobby of the doctor’s office where the car landed was also injured.

Both the driver and the bystander were taken to Reston Hospital Center, police said.