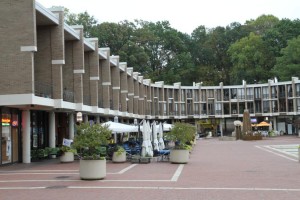 Reston Association representatives said they must meet with Fairfax County before it will know whether RA gets back its acre of land at Lake Anne Plaza.

As part of the deal to redevelop Crescent Apartments and the area surrounding Lake Anne Plaza, RA’s board approved a land swap in late 2013.

On Friday, Lake Anne Development Partners said it was withdrawing from the large-scale redevelopment plan that would have brought more than 1,000 residences; a high-rise tower to complement Heron House; and more than 100,000 square feet of office and retail space. LADP reps said the plan was not economically feasible.

Lake Anne Development Partners was picked by the county to redevelop Crescent’s 16 acres and the surrounding area in 2013. The developer said it needed the one-acre plot to build a 120-space parking garage. The land is located near the current parking lot and “The J” retail part of Lake Anne Plaza.

In return, RA would get a similar sized piece of land off of Baron Cameron Avenue.

At the time, the swap was controversial. Opponents were concerned about the loss of mature trees and that the Baron Cameron land was less valuable and full of litter.

Lake Anne Development Partners offered RA about $500,000 in general facility improvements as part of developer contributions. It also offered $100,000 in tree care as part of the land swap agreement, which RA passed 6-2 (with one director abstaining).

RA said in a statement Monday it must now pursue discussions with county representatives to determine the status of the Final Development and Disposition Agreement between the county and LADP and whether the county will soon seek a replacement redevelopment partner.

“The status of the Real Property Exchange Agreement between RA and LADP cannot be determined until these discussions are held with the county,” said RA.

RA Board President Ellen Graves said in the statement the association is “both surprised and disappointed” about LADP working to withdraw from the contract.

“RA supports the revitalization of Lake Anne Village Center, as contemplated in the zoning and development entitlements, which were approved earlier this year by the county and the association’s Design Review Board,” said Graves.