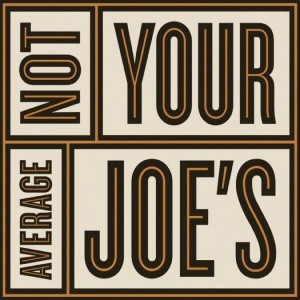 Not Your Average Joe’s, a new restaurant coming to the space formerly occupied by Romano’s Macaroni Grill, will open on Jan. 4, a spokesman said.

The Reston restaurant will be the fifth Massachusetts-based Not Your Average Joe’s to open in the Washington metropolitan area. There are outposts in Leesburg and Woodbridge, Va., as well as in Gaithersburg and Bethesda, Md.

NYAJ will be open for lunch and dinner, and has an extensive menu featuring seafood, steaks, creative appetizers, salads, stone hearth pizzas, and burgers. The menu also features seasonal selections.

The 7,300 square-foot restaurant will seat 218, with a full bar and two seasonal outdoor patios offering an additional 100 seats. A private dining space accommodates 22 seated guests. The Reston location — which will take reservations — will feature an open-kitchen.

Not Your Average Joe’s will partner with local non-profit Cornerstones during its grand opening. All proceeds raised during the two-day preview celebrations will be donated to the organization, which is dedicated to providing support and advocacy for people in need of food, shelter, affordable housing and other human services.

NYAJ will continue to support Cornerstone through January with its ongoing “Not Your Average Cause” program, which provides 15 percent of proceeds to a selected cause every Tuesday.

END_OF_DOCUMENT_TOKEN_TO_BE_REPLACED

More Stories
Service Information for SLHS Grad Killed in Pennsylvania CrashReston Real Estate: Get Ready Now if you are Selling in Spring