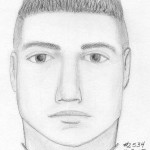 This week, Reston Now will highlight some of the most read-stories of 2015. Monday looks at the No.5 story: a stabbing at Reston Town Center.

In the early hours of Nov. 1 — after a night of Halloween festivities — a man was stabbed after a fight at Clyde’s at Reston Town Center, according to a Fairfax County Police report.

Police said an altercation began when the suspect began to flirt with the 24-year-old victim’s girlfriend. The victim was hospitalized with non-life threatening injuries.

Meanwhile, Fairfax County Crime Solvers announced last week a private reward of $25,000 is being offered for help in identifying a suspect.

The reward is in addition to the $100 to $1,000 also being offered by Fairfax County Crime Solvers.