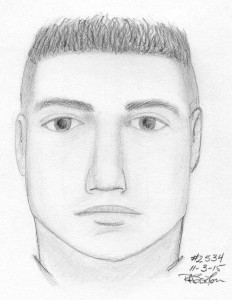 A private reward of $25,000 is being offered for help in identifying a suspect who stabbed a man at Reston Town Center’s Clyde’s early on Nov. 1.

The reward is in addition to the $100 to $1,000 also being offered by Fairfax County Crime Solvers.

In the Nov. 1 incident, a 24-year-old man was stabbed by an unknown assailant, who fled the scene.

The man and his girlfriend had been celebrating Halloween at the bar at Clyde’s when the suspect began to flirt with the woman about 1:20 a.m., police said.

A verbal argument between the two men erupted and escalated into a physical fight. The unknown man produced a knife and reportedly stabbed the victim.

The victim was transported to a local hospital with non-life-threatening injuries.

Detectives investigating this malicious wounding case said are hopeful someone else in the crowded bar may have witnessed the incident may be able to help identify the suspect. He was described as Hispanic, wearing a black jacket, a white shirt and blue jeans.

Anyone with information about this malicious wounding or the suspect responsible is asked to contact Fairfax County Crime Solvers. Tipsters may submit a tip electronically by visiting www.fairfaxcrimesolvers.org or text-a-tip by texting “TIP187” plus your message to CRIMES(274637)** or by calling 1-866-411-TIPS(8477).

An eco-friendly alternative to lawn-mowing in the shape of teddy-bear-like four-legged creatures has arrived in Fairfax County. The Fairfax-based LambMowers uses a flock of roughly 11 sheep to mow lawns in the…