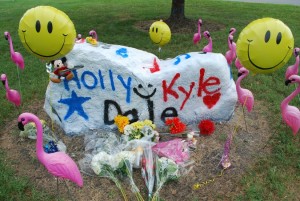 This week, Reston Now will highlight some of the most read-stories of 2015. Here is the top-read story of the year.

The most-read story on Reston Now in 2015 is a tragic one.

The Herndon High community said goodbye to three members of the Class of 2014 who were killed in a car crash in Texas in August.

The teens were heading to a video game conference near Austin when a wrong-way driver slammed into their car. The driver of that car also died.

The HHS grads were all former members of the HHS Marching Band. Many band members were among the community members who gathered at a memorial service at Trinity Presbyterian Church in Herndon in the days following the crash.