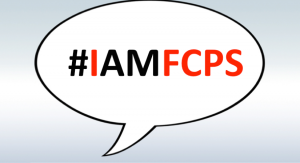 The rally will be in advance of the 7 p.m. school board meeting, where FCPS Superintendent Karen Garza will introduce her proposed FY2017 budget to the school board. The final budget will be adopted in May.

“Fairfax County is facing a critical challenge with county and state funding revenues having not kept pace with the educational needs of our children,” Melanie Kadlic Meren, chairperson of the #IamFCPS steering committee, said in a statement. “We need to fully fund our schools to restore the quality of excellence in FCPS and this rally is to show support for Dr. Garza’s budget. No more cuts — it’s time to advocate for what our public schools should look like.”

Garza has been warning since last spring of a large budget deficit for the next fiscal year. While the school system still needs to see how much money will be transferred to it from the state and from Fairfax County, the estimated shortfall could be more than $50 million, she says.

Garza has said a large portion of the school system’s rising costs are due to increases in compensation, rising health care costs and retirement fund contributions. The school system — now with 188,545 students — has a growing enrollment with an increased need for special services.

The final budget may contain changes such as increased class size, cutbacks in sports and activities and a reduction in staff positions, among others. A community Budget Task Force also spent several months of 2015 working on cost-cutting suggestions.