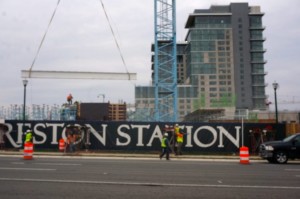 The Virginia Senate will vote today on a bill that would weaken developer proffers, which Fairfax County officials commonly use to get builders to contribute to park, roads and other improvements in exchange for development.

This is important in Reston, which is undergoing a period of multifamily housing growth as it turns towards being a transit-oriented community.

For instance, the Fairfax County Park Authority has said it will seek developer proffers to partially pay for a multimillion indoor recreation center, now slated for Reston Town Center North. The county also has identified more than $2 billion in infrastructure improvements needed in Reston over the next several decades — money that would likely come from proffers, as well as taxes and even a new special tax district.

Features of the bill require that proffers be limited to offsetting impacts that are directly attributable to new residential developments, such as traffic. The Senate version of the legislation does not apply to high-density areas, commercial developments or neighborhoods near Metro stations.

The bill places restrictions on what local officials can ask for in development negotiations. A House version of the bill passed 68-27 last week.

Officials in Northern Virginia told the Washington Post that changing the legislation would hamper their ability to negotiate for extra amenities from developers. They also argue that amending the land-use tool would open them up to lawsuits if builders whose projects were rejected argued that they were denied because of their refusal to agree to “unreasonable” proffer requests.

The proffer system in Virginia has been around for three decades. In Fairfax County, rapid growth in the 1970s prompted local government to demand that builders contribute to offset population growth’s effect on traffic, sewers and other systems, as well as help grow affordable housing.

The presidents of the Home Builders of Virginia told the Post that the proffer system has gotten out of control, developing into a list of demands rather than requests.

“We feel that proffers have gotten out of control,” said J.M. Snell, whose group helped craft the legislation. “They’ve grown out of proportion to where now localities have already predetermined proffers, which become demands, which is exactly the opposite of the word ‘proffer.’ ”