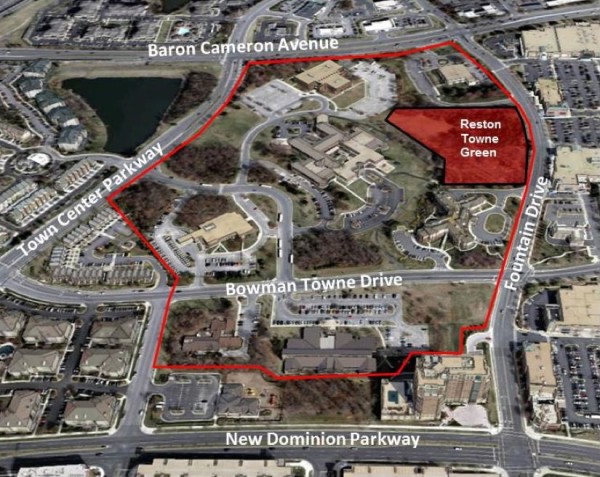 The Fairfax County Park Authority unanimously voted on Wednesday in favor of a land deal that will clear the way for an indoor recreation center and other community space at the area known as Town Center North.

Park Authority Board Chair Bill Bouie says a first proposal for the space should be assessed by the park authority by the end of the year.

The exact cost of building the rec center, which would likely contain a 50-meter indoor pool, is not yet known. However, studies done in the last two years by Reston Community Center, which looked into building a smaller facility at Baron Cameron Park, estimated the cost of that building at $35 million. The Town Center North facility is likely to cost much more.

Bouie has said the rec center would primarily be funded with bonds. There are two upcoming bonds to be voted on — an $87.7 million bond to be put to voters in 2016 and an $88 million bond on the ballot in 2020, said Bouie. He added the park authority would seek developer proffers to help pay for the facility. Typical proffers are around $800 per residential unit, he said.