A Pennsylvania-based company plans to bring a senior citizens’ independent living and assisted living facility to the site of the former United Christian Parish on Colts Neck Road near Hunters Woods Village Center.

It would be the first Virginia location for IntegraCare, which has facilities in Pennsylvania and Maryland. IntegraCare’s proposal will go before the Fairfax County Planning Commission later this month.

The 4.3-acre lot at 2222 Colts Neck was first approved by the Fairfax County Board of Supervisors for 210 senior housing units in 2007. 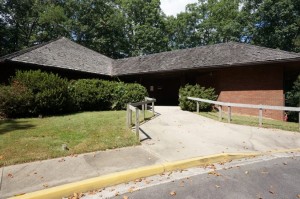 The building will be 230,000 square feet in two wings, one along Colts Neck and one along Reston Parkway. The estimated completion date is 2020.

The staff report highlights the need for more senior housing in Reston:

In the Washington, D.C. metropolitan area, 32 percent of assisted living units and 25 percent of memory care units are in communities that offer independent living facilities; however, in the Reston market only has 9 percent. The market feasibility studies concluded that the proposal would bring Reston’s senior living mix closer to the metropolitan regional average.

Last week, the Board of Supervisors approved plans for a 135-bed assisted living facility to be built on Leesburg Pike near Baron Cameron Avenue.

Some more details about the Colts Neck project from the staff report:

Some development conditions added to the plan in October:

Some of the developer proffers:

A planning commission hearing is scheduled for Feb. 17 at 8:15 p.m.