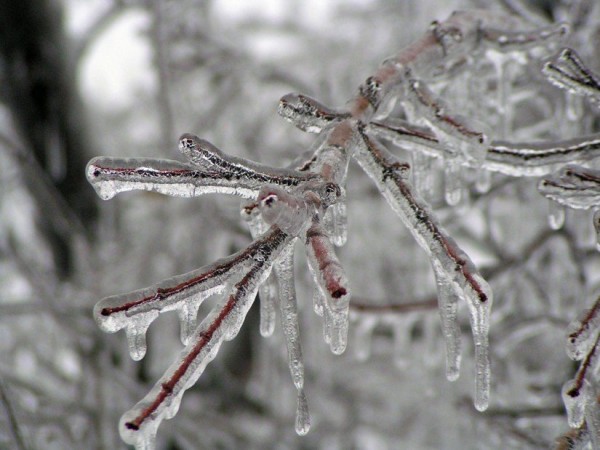 First it snowed. Then the freezing rain fell. Now it is just rain on top of ice — at least until later today.

Tuesday morning’s weather has made for slick sidewalks and traffic backups, but forecasters say temperatures should rise quickly and make things slushy — but not dangerous — in the next few hours. Highs should be near 50 by mid-day.

Meanwhile, Fairfax County Public Schools are closed. Fairfax County Government is open. Metro is on its regular weekday service plan, but delays are being reported on Blue, Orange and Silver lines.

Fairfax County is also under a flood watch today, with the greatest flood risk Tuesday afternoon and evening, according to the National Weather Service. A flood watch means there is potential for flooding.

Let us know what you see out there on your commute this morning.