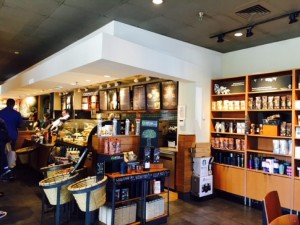 Several Virginia Starbucks locations recently began serving beer, wine and savory snacks as part of the new “Starbucks Evenings” program, but two Reston stores slated for the rollout are not yet participating.

Starbucks announced last summer it would add the Evenings program, which was tested in New York City, for a nationwide audience. The two Reston stores, along with one in Great Falls, have been in the works since then, but a Starbucks spokeswoman said the addition is a “long and thoughtful process.”

END_OF_DOCUMENT_TOKEN_TO_BE_REPLACED

More Stories
Police: Be on the Lookout for Potent ‘Shatter’ Drug Use TrendThursday Morning Rundown