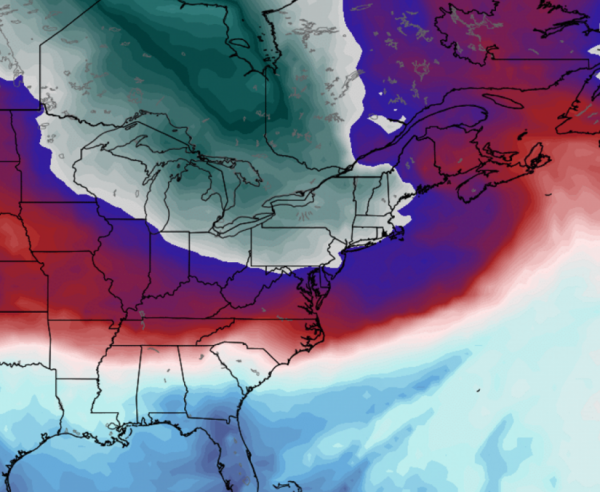 It’s Friday and it has been raining in Reston for more than two weeks. Do you even remember what the sun looks like? It has not been out much the entire month of May.

What do your weekend plans hold? You may want to plan for more showers.

The Capital Weather Gang says we are also having the coolest May in a while, and temps Saturday night could fall into the 40s. Sunday’s record low is 40, by the way.

Temperatures on all but two days this May have fallen shy of average. On three days highs only reached the 50s, tying for ninth most on record (month-to-date).

Not once has it hit 80. And the average temperature for the month, in its entirety, is running 4 degrees below normal.

At this time last May, 11 of 12 days had reached at least 80 and one of those days even soared to 90. We had pronounced spring over and summer started. (It ended up as the warmest May on record.)

By Monday morning, lows could dip into the 30s in the coldest parts of the D.C. metro region. A bit of patchy frost cannot even be ruled out if skies stay clear and winds are light. The GFS model forecasts near-record lows in the mid-30s but often has a cold bias. The European model (not shown) predicts more realistic lows of 40-45.

Meanwhile, rain is in the five-day forecast all but Monday for the next six days.