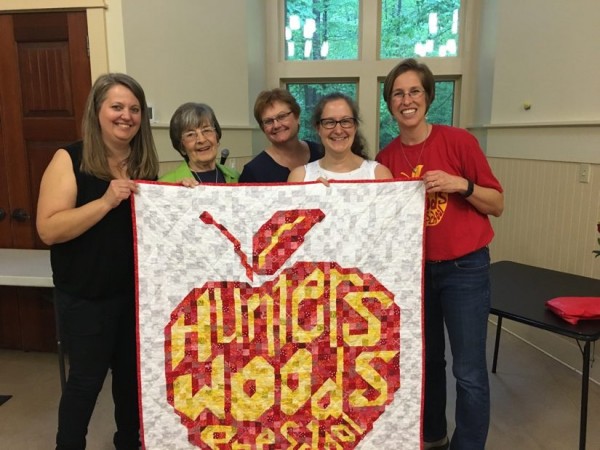 Alumni and parents of alumni gathered at Reston’s Nature House recently to say farewell to Lois Male, a founder and teacher at Hunters Woods Preschool for decades.

Male has gotten two generations of Reston-area children off to a good start at the play-based school located at the community room at the Glade Pool.

Male was among the neighborhood moms who started the cooperative preschool in 1970. She began teaching there in 1972, and has been there ever since.

Even though Reston has changed since the early 1970s, HWPS has mostly stayed the same. Male says kids learn best from discovering the world around them — there is time for more formal work later.

“It is still fun to kind of hold back on some things,” Male told Reston Now in 2014.  “We can take apart an iron. We go outside and look for bugs. When the kids come in, they have choices. They learn to be attentive in a group, to be a friend and respect each other. This will help them when they get to the ‘big school.’ ”

Fellow Hunters Woods teachers presented Male with a handmade quilt with the school logo on it as a retirement gift.