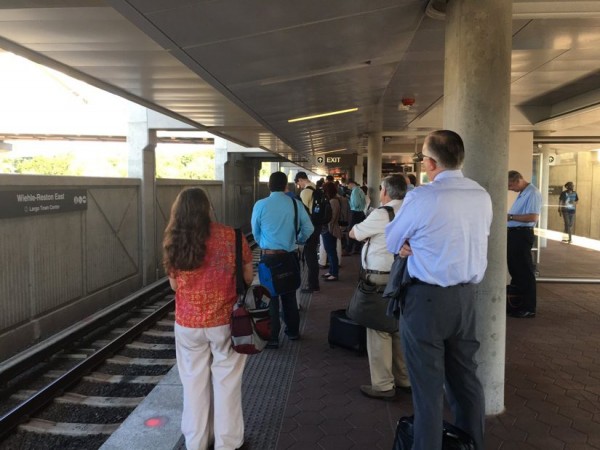 Crowded cars. Waits of up to a half hour at the Wiehle-Reston East station. Clogged roads.

Welcome to the first workday of the first Metro Safety Surge, where Metro shuts or significantly alters service on a section of the system in order to make repairs.

Riders on Silver and Orange Line trains will be affected by track and other safety work through June 16.

While Metro warned in advance that trains would run every 18 minutes, social media statuses showed that waits were much longer for some riders.

Others who opted to drive to work reported clogged major roads.

Metro officials will brief the media this afternoon about how things went on Day 1. Metro says entries west of Ballston were down 26 percent as riders sought other ways to get to work (or telecommute). About 1,000 fewer riders (3,924 compared to 5,002) than on a typical Monday boarded at Wiehle-Reston East, Metro said.

More Stories
Hunters Woods Preschool Says Farewell to Founder After 44 YearsOp-Ed: Who is Responsible for the Tetra Mistake?