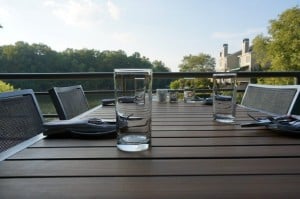 The Fairfax County Board of Supervisors is expected to approve on Tuesday the steps necessary to get a meals tax referendum on the ballot for November’s general election.

The supervisors are seeking to add a 4-percent meals tax because it will give the county an extra estimated $99 million annually. Seventy percent of that would go to Fairfax County Public Schools, which has faced budget constraints the last several years.

FCPS, which has nearly 200,000 students, received a transfer of just over $2 billion from the supervisors this spring. The county gives 52 percent of its budget to the schools.

The tax would be on restaurant meals, of course, but also prepared foods sold at grocery and convenience stores. Surrounding jurisdictions such as the towns of Herndon and Vienna, as well as Arlington and Alexandria, have meals taxes.

According to Virginia law, the referendum can only be added to the ballot by order from the county attorney, so Tuesday’s vote is actually a motion for that action. The supervisors have already held a public hearing, so this is an action-only item.

For the purpose of reducing dependence on real estate taxes, shall the Board of Supervisors of Fairfax County, Virginia, be authorized to levy a tax on prepared food and beverages, otherwise known as a meals tax, as allowed by Virginia Code § 58.1-3833, at a rate not to exceed four percent (4%) of the amount charged for prepared food and beverages (which, based upon state law, is applicable only to sales outside of the town of Clifton, and towns of Herndon and Vienna that have already implemented a meals tax)?

The revenues generated shall be dedicated to the following purposes:

1. 70 percent of the revenues to Fairfax County Public Schools.

2. 30 percent of the revenues to County services, capital improvements and property tax relief.

The Resolution directs the County Attorney to provide certified copies of the adopted Resolution to the Circuit Court and to petition it to order the election as requested by the Board.

The law requires the Court to enter the order if the request is found to be in proper order. Upon entry of the order, the Clerk of Court is required to send a copy to the State Board of Elections.

The Fairfax County Electoral Board and General Registrar will then prepare the ballots in time to make them available to voters beginning with absentee voting on September 23, 2016. After the referendum election, the Secretary of Fairfax County’s Electoral Board will certify the results of the election to the State Board of Elections and to the Circuit Court.

If a majority of voters vote in favor of the question, then the referendum has passed and the Circuit Court will enter a final order to that effect. The Board of Supervisors would then need to adopt an ordinance establishing the meals tax, subject to the same public notice and hearing requirements applicable to the adoption of any ordinance imposing taxes. It is anticipated that this action would be taken by the Board in early 2017.

County documents say holding the referendum will cost $105,000, mostly for printed materials to be distributed to Fairfax County households.

There have already been advocacy groups formed on both sides of the issue, Expect to hear more from them in coming months.

A meals tax question last was on the ballot in Fairfax County in 1992. It failed.