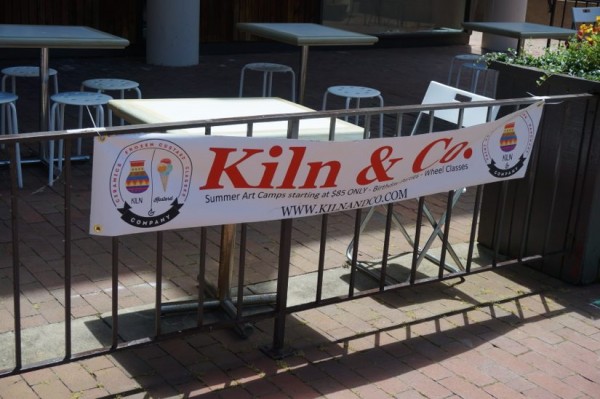 The business is exploring the idea of signing a permanent lease, but for now will be open daily for young artists to drop in or to take part in a summer camp.

Summer camps will be offered beginning the week of June 27. Half and Full Day sessions are available. Camps have various themes such as “Zoofari,” “Under the Sea,” or Garden Party. Check out Kiln & Co.’s website for more information. Camps start at about $350 a week.

The art studio will also bring over products from Kustard & Company in Vienna for a summer frozen custard stand. Kustard & Company offers about a half-dozen flavors of custard daily, as well as custard pies, shakes and other treats.

The space at 1641 Washington Plaza has been vacant since September of 2014. The pharmacy, in operation for more than 40 years, had been the last original business at Lake Anne Plaza.