The Fairfax County Board of Transportation is looking at a variety of funding sources to pay for more than $2 billion in Reston road improvements over the next 40 years.

FCDOT officials outlined some of their ideas at a community meeting in Reston on Monday. They stressed all proposals are in the idea stage and still being discussed with the Reston Network and Funding Advocacy Group (RNAG). They are also seeking public feedback on ideas, but hope to have a solid plan to go before the Fairfax County Board of Supervisors by the end of 2016.

The $2.27 billion cost would be split between public and private funds over three categories. 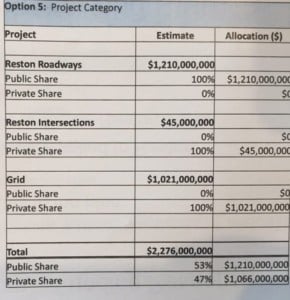 That’s why they are considering a tax district for commercial properties or a special service district for all properties located in the Reston Transit Service Areas (TSAs). TSAs are the new construction within about a quarter-mile of Reston’s eventual three Metro stations.

Here’s some of the models they are considering for that: 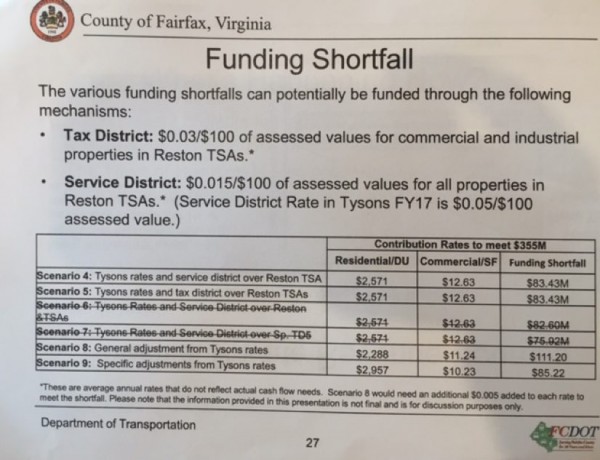 And here are some of the models for a Road Fund comprised of developer contributions: 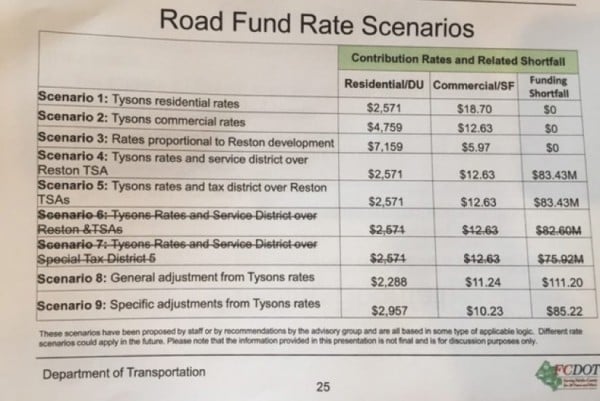 In several of the Road Fund scenarios, there would still be a shortfall.

Read more about the process and provide feedback on FCDOT’s web page.