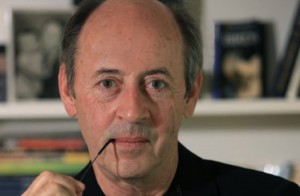 Collins has been dubbed the most-popular poet in America by The New York Times.

“Billy Collins is famous for conversational, witty poems that welcome readers with humor but often slip into quirky, tender or profound observation on the everyday, reading and writing, and poetry itself,” says The Poetry Foundation.

He is the author of more than a dozen books and a contributor to several more. Collins has received fellowships from the National Endowment for the Arts, the Guggenheim Foundation, and the New York Foundation for the Arts and has taught at Columbia University, Sarah Lawrence, and Lehman College, City University of New York, where he is a Distinguished Professor.

See the full schedule and purchase tickets for the Professional Touring Artist Series on RCC’s website.