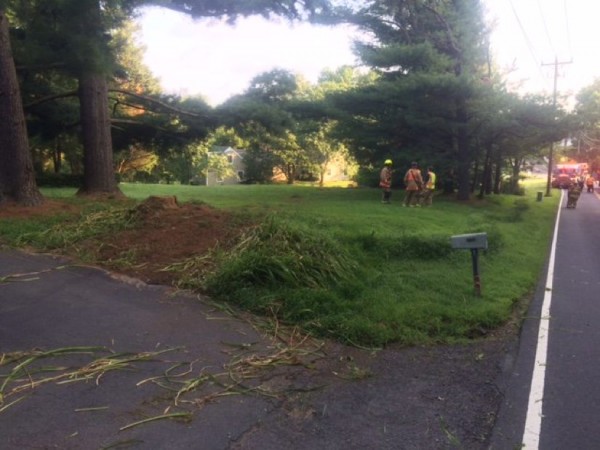 A man was killed Saturday morning in a one-car crash on Walker Road in Great Falls.

Officers from the Fairfax County Police’s Reston District Station responded  to the 1100 block of Walker Road around 7:30 a.m. They found a 2004 convertible that had been involved in the crash.

Officer determined that a 28-year-old man had been driving the car northbound on Walker Road, when, for an unknown reason, the vehicle left the roadway, hit a dirt berm, overturned several times, and came to rest.

The driver, identified as Henry H. Sterne of Alexandria, was transported to a local hospital with life-threatening injuries and pronounced deceased by medical staff. There were no other occupants in the vehicle.

Preliminary information suggests that speed appears to be a factor in this crash.

Anyone with information about this incident is asked to contact Crime Solvers electronically by visiting http://www.fairfaxcrimesolvers.org or text-a-tip by texting “TIP187” plus your message to CRIMES(274637)** or by calling 1-866-411-TIPS(8477), or call Fairfax County Police at 703-691-2131.

This is the second one-car fatal crash in the Great Falls area in the last several weeks. On July 20, a 24-year-old man swerved to avoid an oncoming car on Riverbend Road, hit a tree and was killed when he was ejected from the vehicle.